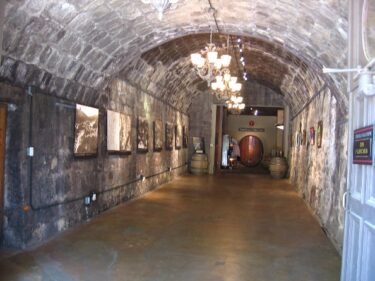 Who was he, and what is the connection to our town?

The Jesuits and the town of Los Gatos

If you live in Los Gatos, you may know that the Jesuits (the Society of Jesus, a religious order of Catholic priests and brothers) call our town home too. Sacred Heart Jesuit Center, the provincial headquarters and now also a retirement home for older members of the Society, sits up on St. Joseph Hill, a half mile from East Main Street. The land was first bought from Harvey Wilcox in 1886, so the roots in town are old!

The center is located at 300 College Avenue. Driving through the pass on Highway 17 from San Jose to Santa Cruz, you can’t miss the huge white edifice. It was once a novitiate, where young men entering the order, who were called novices, went to get their first training. Two of my uncles did, too.

The winery there used to make sacramental wine and had the Novitiate Winery label. That chapter ended in 1986, though Testarossa  now rents the winery and has a Novitiate label of its own (you can see an example here). Now the old vineyards are gone, some of the land has gone to public usage (open space and hiking trails), and Testarossa offers tasting and entertainment both inside and out there.

So whether you have ties to the Jesuits or just like good wine, you probably have had an occasion to go up the hill and have seen the vineyards in days gone by and enjoyed the view today, or perhaps the wine at Testarossa.

But historically it’s interesting too, on several counts. Commonweal Magazine’s blog today mentions Blessed Miguel Pro, SJ (SJ means a member of the Society of Jesus, a Jesuit), who lived in Los Gatos for a time after fleeing religious persecution in Mexico while studying for the priesthood. His full name was Blessed José Ramón Miguel Agustín Pro Juárez.

He later moved to Europe to study theology after his time in Los Gatos, first in Spain, then in Belgium.

Eventually he made his way home, to Mexico, and after serving the people in secret for a couple of years, was caught and martyred for his faith. His death happened 80 years ago today.

He was killed by firing squad, and extended his arms out to his sides. I’m not sure if he did that because he was unafraid of death or if he wanted to put himself in the shape of a cross, or perhaps both, but when he is remembered artistically, he is often shown in that brave position. A small statue created in that shape sits in the infirmary chapel at the Sacred Heart Jesuit Center today.

It seems hard to imagine that only 80 years ago, someone could be executed by a government for simply saying Mass, hearing a confession, or anointing the dying. But when you look around our world today, it’s not hard to see that religious persecution is still happening in other parts of the globe. Religious wars continue, as does the persecution of religious folks of various faith communities by some governments or other powerful or political bodies.

Los Gatos, a place of respite 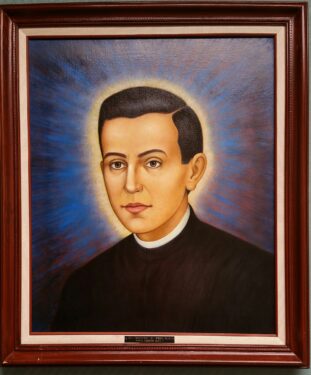 Fr. Miguel Pro, SJ, called “Blessed” by Pope John Paul II, a one-time resident of Los Gatos, came here with a few other novices to flee religious persecution while they studied for the priesthood. It was a respite for him and his companions, if brief.

At close to the same time, Los Gatos was also a place of respite for folks suffering from Tuberculosis, alcoholism, or other maladies. (Others came here simply to escape the summer fog of San Francisco.)

Today, the hills over Los Gatos house religious centers of all kinds, retreat houses and more. People continue to make their way here, whether to escape something bad or to spend a little time in prayer or in overdue rest and relaxation.

Would that the era of religious persecution of faith – any and all faiths – could be over forever. Our local tie, Blessed Miguel Pro, SJ, is a reminder that we still have far to go on this front.

Blessed Miguel Pro, SJ – this and that

If you’d like more information on Blessed Miguel Pro, SJ, there’s a book available, written by hagiographer Ann Ball, entitled simply Blessed Miguel Pro. It can be purchased online very inexpensively. It is available on many websites, including Amazon and Barnes & Noble, or most likely also at the Ave Maria Bookstore in west San Jose.

Father Miguel Pro movie: a film was made about him: Father Pro.

Ann Ball penned many books on Catholic saints, the most popular of which was the one on Blessed Miguel Pro, SJ.

Ann Ball’s book may be the best resource, but you also can do a quick read about Blessed Miguel Pro, SJ, on Wikipedia.