We have a list of Los Gatos neighborhoods for you, and for each linked item there’s an article to fill you in on that area.

The Town of Los Gatos is about 11 square miles and is comprised of dozens of neighborhoods in various parts of town, with different schools, zip codes, price points, plusses and minuses.  Here on the Live in Los Gatos blog there have been many, many real estate articles devoted Los Gatos neighborhoods.  Below please find links to neighborhood posts with descriptions and photos, primarily on “Live in Los Gatos” but in some cases on one of our other sites. 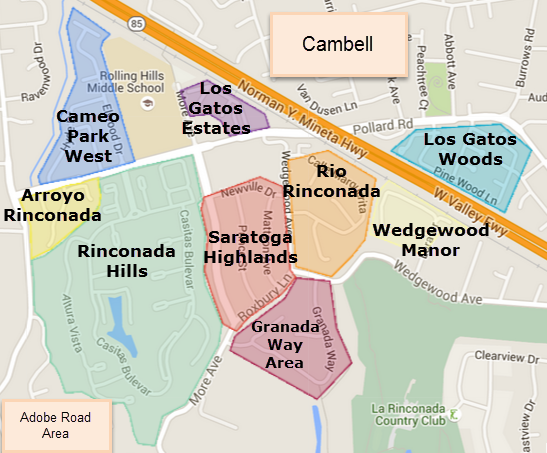 (More neighborhoods to come as time permits – I have about 25 on my list.  Want your subdivision included? Please email me and I will put it on the To Do list!)

The downtown / central, west, east, and north areas are lined up separately.

END_OF_DOCUMENT_TOKEN_TO_BE_REPLACED 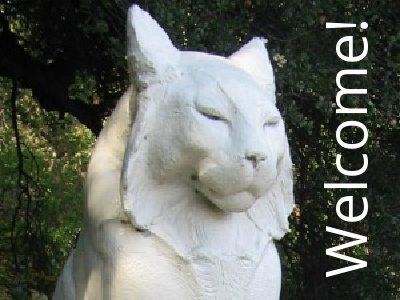 If you are soon relocating to Los Gatos or new to town, you may hear people drop the names of places and feel a little lost.  In some cases, it may be trouble spelling an unfamiliar name, in others that the same place is known by more than one name or that one name has several potential meanings. Here are some place names and local terminology you’ll want to know:

Vasona – also Vasona Lake or Vasona Lake County Park: this one gets a lot of typos when people are trying to find it (I see them via the search terms people use to find this blog), sometimes typing in Verona or Vesona. This park is the largest in Los Gatos, consisting of over 100 acres, directly attached to Oak Meadow (which belongs to the town, while Vasona belongs to the county). The entrance to the park is on Blossom Hill Road close to University Avenue (don’t try to enter off of Lark – that’s a locked gate). More info on both parks.

The Boulevard – Los Gatos Boulevard, which is the road that Main Street turns into as it heads towards San Jose.  This is the area where normal shopping happens for many of the town’s residents. It’s where you find grocery stores, drug stores, fast food and other inexpensive restaurants, etc.

Downtown – usually references Main Street, Santa Cruz Avenue (north or south), University Avenue and areas closest to all of these.  (Usually does not include areas as far as Highway 9, aka Los Gatos Saratoga Road.)  Most of downtown is business related but there are some neighborhoods that are right in downtown too.

The Hill – Los Gatos has tons of hills, but “the hill” actually means the Santa Cruz Mountains and the pass through them.

Old Town – shopping center on University Avenue in downtown, once the site of the town’s elementary school. (It’s where you’ll find the Border’s bookstore and a number of nice shops and restaurants.)

In town – a contrast to “in the mountains” or perhaps “in a county pocket” but in the general area of the town of Los Gatos. There are areas with a Los Gatos mailing address but are not actually part of the town of Los Gatos. This is true for all of the 95033 zip code (which is in the mountains and reached via Hwy 17 – some of that is actually in Santa Cruz County and not Santa Clara County) as well as some of the county pockets in 95030 and 95032 (which are mostly “in town”).

The Chart House – people still refer to the old Coggeshall Mansion on North Santa Cruz Avenue by that name, but the Chart House closed several years ago and had other restaurants at that site afterwards. It’s a lovely old Victorian, one of many which initially lined that street but now the only one remaining.  Initially it was a private home, then a mortuary, then a series of restaurants. It has a reputation for being one of the most haunted places in town.  At this writing,  it is The Palms, and I hear their food is great!

NUMU – the town’s museum, both an art museum (formerly in the old firehouse on West Main) and a history museum (formerly at Forbes Mill). Located in the Civic Center on Main Street, it has changing exhibits and is worth popping by at least a couple of times a year.

Almond Grove, Edelen, Glenridge, Fairview Plaza – older residential neighborhoods either in or very near to downtown Los Gatos.  Many of these areas have homes dating back to the late 1800s. (To read about these and other neighborhoods (such as Surrey Farms, Strathmore, Belwood, Heritage Grove and many more), please click on this link for all the neighborhood posts on Live in Los Gatos.)

If you are looking to buy a home in or near downtown Los Gatos, but your budget is less than $1 million, you might consider something in the Pueblo de Los Gatos condos community. It is one of the more affordable housing options anywhere in town, yet enjoys the highly prized Los Gatos Union School District and a very convenient location. 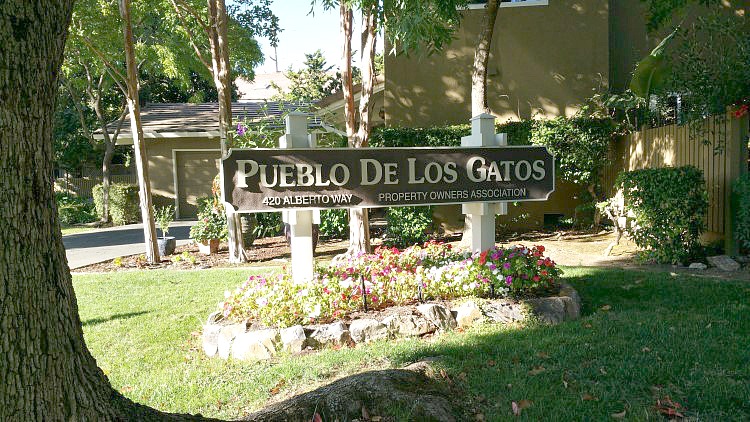 What are homes in Pueblo de Los Gatos like? 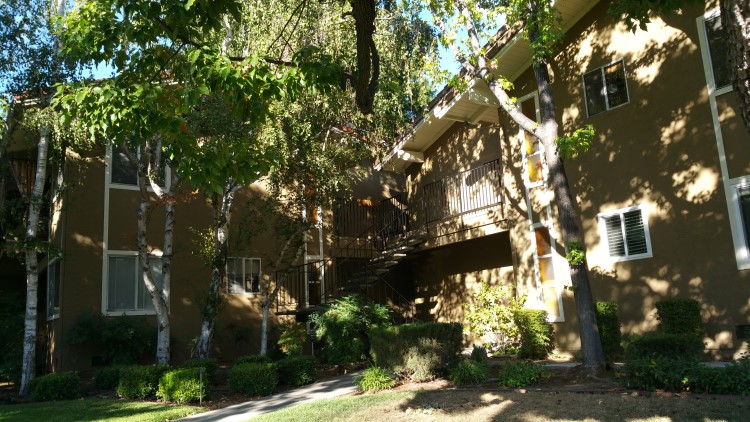 Front doors face outside, rather than an interior corridor, so this is not a complex that feels like a hotel.  The development was built in 1970, and you may detect its age here and there, but overall, it seems to be a well kept up complex.  Residents enjoy a community pool and lots of green, open space between the buildings. Several residents appear to have dogs, but on the many visits I’ve made there, I did not hear any barking.

The individual units vary in the amount of remodeling which has been done inside. Some still have heat pumps for heating and cooling (rather than a forced air furnace), popcorn or acoustic ceilings, original bathrooms, etc. Many have been beautifully updated, though, so you really need to see each one and take it on its own merits.  Gas fireplaces are common – they may be in every unit, but I’m not sure of that.

It appears that the units were all built with Zinsco electric panels and subpanels, and they seem to be widely in use (though individual owners may have replaced them).  Some home inspectors will raise a red flag about Zinsco or Federal Pacific panels, and others do not say a word about them. Please do your own research on this.

Except for one of the homes, which has a garage, all have use of at least one carport space. 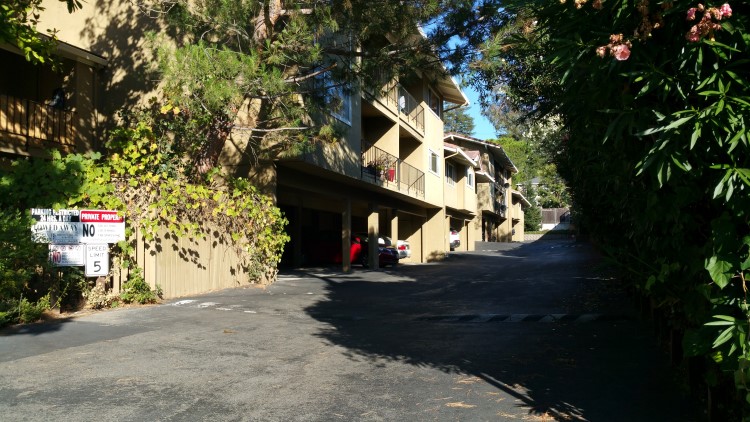 How big are the condo units at Pueblo de Los Gatos?

Pueblo de Los Gatos includes 53 condominium units.  I have been in a number of them, and most of the units I’ve seen have good floor plans with very decent space. They have laundry in the unit rather than in an HOA run laundry building.

The bed, bath, and size breakdown is as follows:

END_OF_DOCUMENT_TOKEN_TO_BE_REPLACED

AreaVibes.com has livability ratings that include a crime score, cost of housing, employment, education, and other factors. Los Gatos scores well in all but housing, which gets an “F” for affordability. How does Los Gatos compare to the rest of California and the rest of the nation in terms of crime?  The AreaVibes.com site gives Los Gatos an A+ for crime: 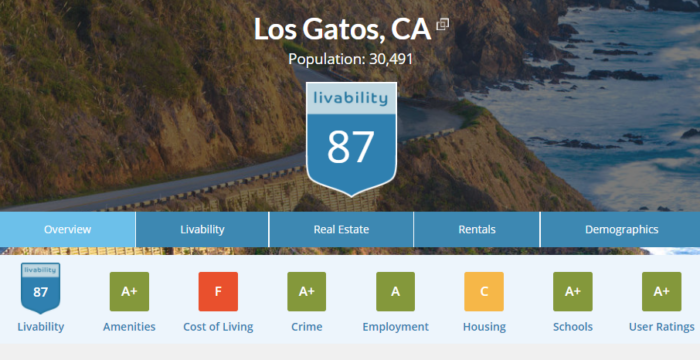 There are links for comparing two cities, too. I had a look at Los Gatos versus Saratoga and it compared favorably, though worst for the cost of housing.  Here’s the AreaVibes livability scoring page for Saratoga CA.

These types of sites can be especially helpful for folks wanting to downsize and who are actively comparing one area to the next.

Do you have a high water table?

How high is the water table at your property? (Why would you care?) In Los Gatos, like Almaden, Monte Sereno, Saratoga, and many other parts of Santa Clara County, there are pockets in which the water table, meaning groundwater, is quite high. This can come with some risks.

What are some of the potential issues with high ground water?

In some cases, that groundwater is at such a shallow level that there’s an actual spring with water bubbling up at times. This can happen particularly in times of heavy rainfall. Should it occur directly under your house and into your crawlspace, that would not be good. Water can cause havoc with foundations, so the standard advice from home inspectors and structural engineers is to divert water away from the house. In most cases, that means correct any faulty grading (the soil around the house should case any rainfall to be directed away from the house), to extend downspouts away from the home, etc. If you have a spring bring water up from underground, that is a whole different approach to the challenge.

Another concern with higher water tables is the possibility of environmental problems spreading from the site of a leaking underground storage tank to nearby neighbors (who would get stuck paying the cleanup). Underground plumes of water can carry chemicals from a spill site to some distance away. That’s why home buyers receive a natural and environmental report which includes contamination sites within one mile of the property they’re interested in purchasing.

How can you learn about your neighborhood’s water table?

It seems like experts have mapped just about everything, and one of those things does include the depth at which first groundwater can be found. Today I was curious about this question and was delighted to find a Valley Water map which lays out the various depths of the water table throughout much (but not all) of the Santa Clara Valley.

How shallow is the water in Los Gatos? Per this map, it appears that:

Click on the link to the Valley Water Open Data site and scroll around to see your part of town! (Unfortunately there are some big pockets missing.) 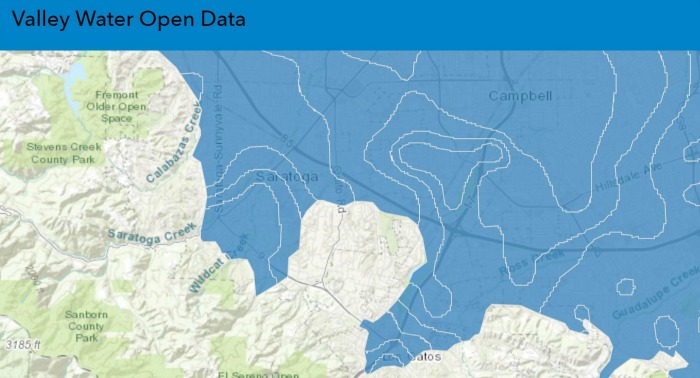 Recently while looking for something on the town’s website, I stumbled upon something new to me – a way in which the town of Los Gatos welcomes new residents. This comes from the FAQ page. Similar info can be found on resident services / welcoming new residents page.

Read all of the info on the link provided above, or contact the Personnel and Community Services Divison at (408) 354-6842.

ALSO, Los Gatos, Monte Sereno, and Saratoga offers a Newcomers Club. You can check out the membership and activities at http://www.NewComersOfLosGatos.com/ 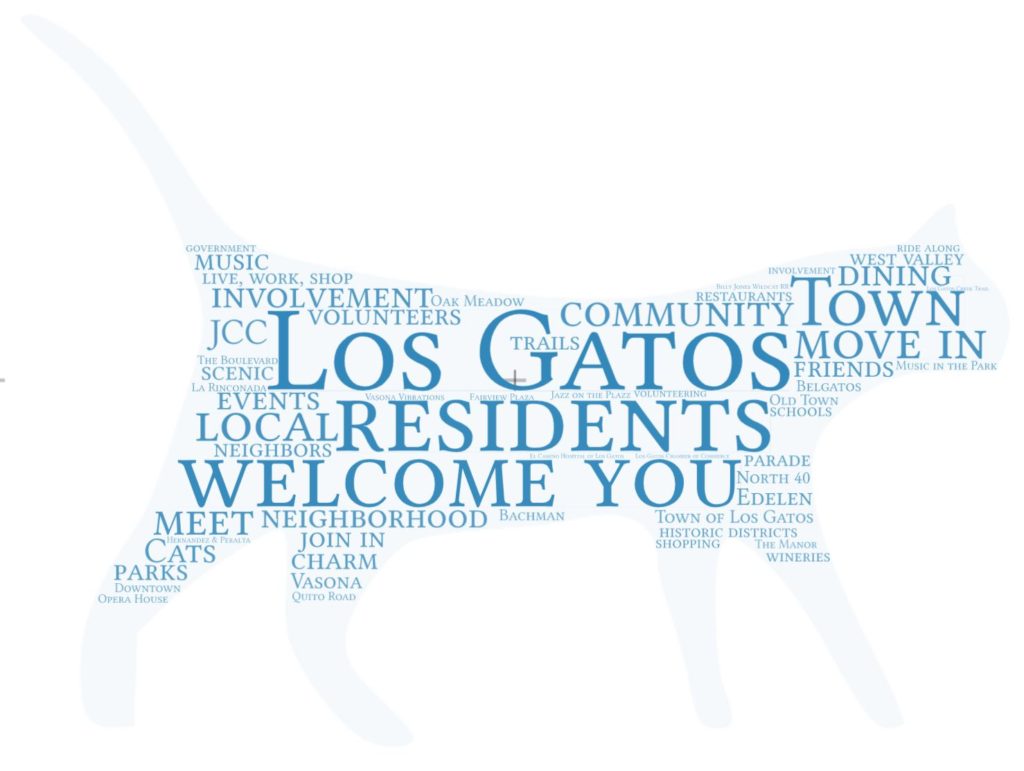