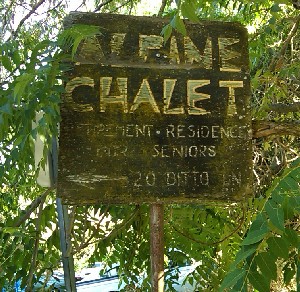 Land use is always a big deal in Los Gatos. Right now, a controversy at the forefront is what to do with 20 Dittos Lane. The town wants to put 32 units, low income housing, on a site that is presently zoned for 5 single family homes (previously rejected was an application to put 6 homes there). Public review and comment will happen on February 4, 2011, at 5pm (see link above).

Neighbors don’t seem to object to the low income angle (it’s well understood that we need more affordable housing) but the density is at issue. The “lane” is no wider than a driveway in most areas, so it’s questionable how all these people will come and go from the proposed one and two bedroom apartments.

Where is Dittos Lane?

Dittos Lane is tucked away between the Penthouse Apartments complex and the Los Gatos Creek and Highway 17 off of Main Street (see map of Dittos Lane here). If you climb up College Avenue, close to Main, you’d be looking down on Dittos Lane. Easy to miss, the entrance to it looks just like a driveway. It is a lush but very noisy location. 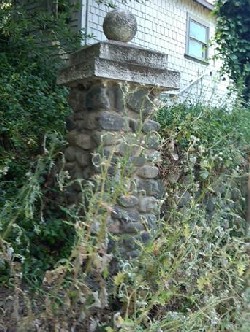 The 1.5 acre property was, until recently, the setting of a very run down old building that seems to have been originally intended as a brothel. I had heard this rumor (actually had been told it had functioned as a “house of ill repute”) but while checking my facts I found that Alastair Dallas stated in his book, “Los Gatos Observed” that Ed Ditto sold the property to a San Francisco group which built a lovely estate and yard and planned to make it into a brothel (page 60 – find the book affordably priced at our local Border’s). However, the idea became known and apparently that derailed the business venture. (That said, there were other such operations in town, as you you might imagine.)

Back in June I snapped a few pics, which I’ll share here today. The dilapidated structure was bulldozed maybe a week or two later. 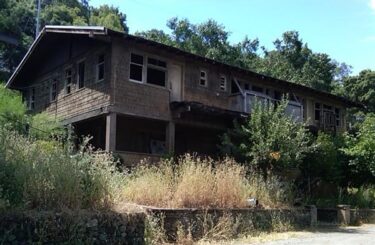 The little road which is Dittos Lane was a little bit creepy the day we drove back there. Part of the ambiance was due to the decay of the place generally. The weeds were enormous, they had covered over some of the nicer elements of the place. A dog was loose. “No Trespassing” signs were littered about – both stuck to the stop sign and strewn about the ground. It was far from inviting. (You can view an image of the site post-demolition – with orange netting for proposed building location – on the Inside Los Gatos site.) 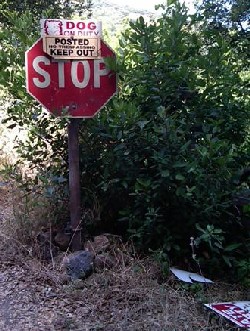 Redevelopment? It’s overdue, I’m afraid. What must have been a grand and glorious site in its day had been allowed to decay and become a blight.

Low income housing seems like a great idea. Having peered down the road, though, I don’t see putting 32 units of any kind along this lane, though. The street’s not wide enough, from what I saw, and the land’s just not that big.

Let’s see what happens on Thursday.

On March 9th, the town planners rejected the apartment complex proposed for Dittos Lane after hearing from many neighbors, residents and busienss owners. It seems virtually unanimous that Los Gatans want affordable housing, but the density is the #1 issue. Apparently, too, the plan was in conflict with several points of the Los Gatos General Plan.

What’s next? On April 4th it will go to the Los Gatos Town Council, albeit without the backing of the planning commission.