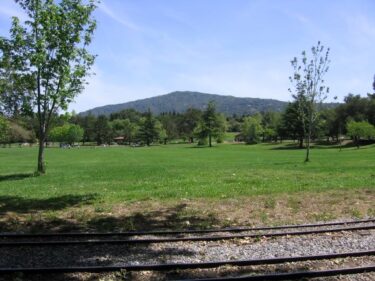 We’ll get the exact, hard data for the Los Gatos real estate market in a week or so from MLSListings.com, our MLS provider (formerly known as REInfolink). Meanwhile, though, we can have a look at the closings reported to date and get a feel for how the market is doing.

How did they homes in Los Gatos do in August?

First, let’s look at single family homes. One sold “off” the MLS, so it’s hard to know how it might have done on the open market. It was extreme in another way – it sold at $5,400,000 – the most expensive closing of the month. Not your typical Los Gatos price, though not unheard of either.

For single family homes in Los Gatos, the multiple listing service, the average “days on market” was 50 and average “collective” or “cumulative days on market” was 71. So typically, it’s taking 71 days for houses to sell in Los Gatos. (My listing, which was on Magneson Terrace, took 66 days to sell – felt much longer for everyone involved, though!) Some homes sold fast (1-10 days) and a few a very long time (longest was 238 days), but most are in the 2-3 month range.

Only 3 of the 24 sold higher than list price. Just 4 sold “at” list price (but of those, 2 were reduced before they sold at list price, so only 2 sold at the original list price) and the vast majority had one or more price reductions prior to selling.

What about townhouses and condos in Los Gatos? There were only five spread between two zip codes which are so far reported as closed in August. Of those, the average Days on Market is 41 (same number for Collective DOM), the average list price is $687,789 and average sales price $676,000.

So it looks like the condo market is faring better than the single family home market in Los Gatos right now, according to closed sales prices.

While pricing appears to be flat by some indicators in July, we have seen many price reductions in homes that appeared aggressively positioned in the market before offers are procured. Buyers are waiting, generally, and prices do seem to be falling somewhat in the under $2 million price range.

The soft real estate market that has been plaguing much of San Jose and Silicon Valley now appears to be impacting the entry level and mid-level homes in Los Gatos.

What can we expect? With an election year, things are always uncertain. Likewise, the interest rate has threatened to rise a bit and if that happens, it will adversely affect home prices for sellers. Think of it like the scales of justice: one side goes down, the other goes up.

Waiting may or may not be a good idea. Prices may go down and interest rates may go up. Or perhaps not – no one knows. As one of my buyer clients said, recently, “prices may go down, but if I wait, it’s like I put my life on hold”. (That buyer is now a homeowner.)

The real estate market in Silicon Valley, including Los Gatos, is comprised of many micro-markets. Please call me for specific assistance in the area where you live or would like to live.