How Often Should You Get a Termite or Pest Inspection?

How Often Should You Get a Termite or Pest Inspection?

Recently I had the pleasure of spending a couple of hours with Janet Thrasher of Thrasher Termite & Pest Control in Los Gatos. She answered some common questions about her business, when and why someone might call a pest control company. Since there was so much material from that discussion, her insights will be shared in a series of posts here on “Live in Los Gatos”. (Not a “paid post”, but a genuine endorsement by me of this company, which I’ve worked with for almost 15 years.)

mph: Janet, how often should homeowners consider having a pest inspection done at their house (and why)?

Janet:About every 2-3 years is good for a house. Pest inspectors will go into places and look at things that homeowners often don’t see. A good termite inspection will include the crawl space, for instance. Damage may be visible there or in the attic that you can’t see in the house. You don’t want to go a lot longer than that without an inspection because by the time we see the pellets (of drywood termites), those colonies are probably already 5 to 10 years old. You want to catch it as early as you can.

For example, if there is a leak below your toilet this could over time cause fungus damage to the subfloor. If the leak is corrected early it prevents the chance for fungus damage to develop. This type of finding and recommendation for correction is called “Section 2”. A Section 2 item is a conducive condition that if not corrected could lead to a Section 1 item and in this case that would be fungus damage.

Another example is when we inspect the substructure area (crawl space) it is not uncommon for us to find cellulose debris, which is simply wood, wood scraps or even cardboard (storage boxes) on the soil surface. Often there is nothing wrong with the cellulose debris so we outline to remove it and list it as a Section 2 item. However, cellulose debris is an attractant for subterranean termites. That is what they are looking for.

Read more on the Valley of Heart’s Delight blog about termite inspections. 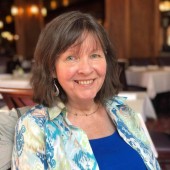 What does it cost to buya lot or land in Los Gatos?