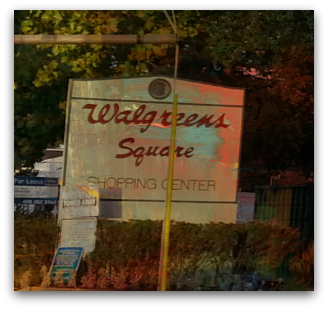 Normally it’s a very quiet neighborhood shopping center, a friendly place where the most annoying thing is the occassional bit of graffitti or bad parking. But yesterday, Monday, January 6, 2014, a woman was assaulted in front of “Dance Attack” between Los Gatos Pizza and the Tea Garden Chinese Restaurant at the Walgreen’s Shopping Center on Blossom Hill Road and Harwood Road in Los Gatos.

This was reported on the Nextdoor.com site: a woman was chatting with a couple of other moms outside of one of the Dance Attack studios. A young black male, wearing a white t-shir, punched her in the face and ran.

The east Los Gatos border with the Cambrian area of Los Gatos is a friendly area. People are nice, they say hello when out walking, and overall everyone gets along. To have a violent attack like this is creating a big stir on the Nextdoor communities.