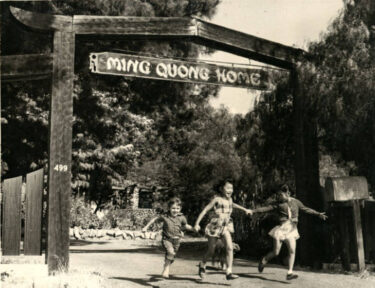 Around 1936, “the old Spreckles home” on 4 acres near Los Gatos (later growing to 13 acres and incorporated) became the newest branch house of Ming Quong dedicated to the youngest girls and infants. Shelters were opened far from the City, distance being a barrier to protect against tong retaliation. Los Gatos’ secluded residential address also sheltered it from the spotlight when anti-Chinese sentiments remained widespread at the time of it’s opening and after.

But most importantly, the Loma Alta property was a home. It was a community where children lived, played, grew, and learned. Former residents, called alumni, sometimes returned to become teachers and caretakers for the next generation. It was also an important charity within the Chinese and Presbyterian communities of the South Bay, an cause to rally behind and support. To other Los Gatans, they are remembered as friendly neighbors.

In 1953, the Ming Quong House opened its doors to all children, not limited by gender or race, and became independent of the Presbyterian Church. The volunteer-run Happy Dragon thrift store was opened in 1958 to support the House, and in 1967 a volunteer-operated restaurant on Village Ln called Village House opened to benefit the charity. Today, Happy Dragon, the Unicorn Thrift Shop in San Jose, and Butter Paddle Gift Shop are all volunteer-run with 100% of proceeds going to Uplift Family Services. The Village House has closed, but the property is now home to Manresa. 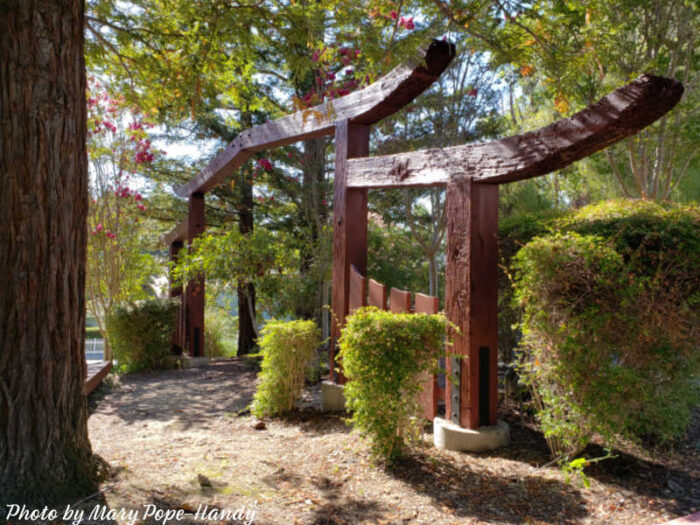 Over time, Ming Quong went through mergers, was renamed, and the mission grew and changed with the public’s needs. Today, Uplift Family Services provides programs with a family-centered focus on children’s behavioral and mental health and community-based treatment. While it continues to offer essential services today, the history and origins remain an important part of our community’s narrative.

Last September and October 2020, a few alumni recorded interviews with the Represent Los Gatos Oral History project, speaking on their formative years at the Loma Alta House. In 2017, when Uplift Family Services celebrated its 150th anniversary, alumni celebrated with a reunion and toured Radiant Light: The Story of Eastfield / Ming Quong, an exhibition at NUMU (the History Museum also had a similar exhibition in 2012).

Alumnus Nona Mock Wyman wrote about her experiences at the Home in a series of books beginning with Chopstick Childhood: In a Town of Silver Spoons in 1997. Bestselling author Julia Flynn Siler’s The White Devil’s Daughter, published 2019, tells the stories of the women who organized and built Ming Quong. 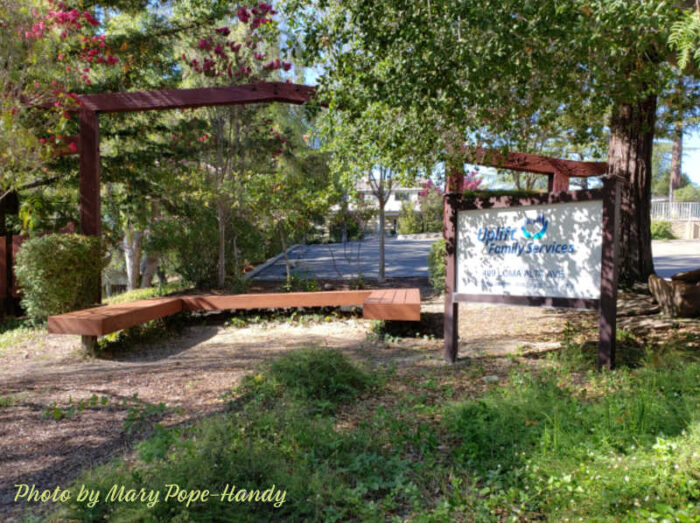 In March of 2021, the Mercury News published an article with a cry for help. The original wooden archway, the only recognizable remaining structure of the original Ming Quong House, is in dire need of repair. Uplift Family Services, alumni, and family are fundraising to repair the monument and create a space that pays tribute to the site’s history and the community who lived and worked there. The campaign hopes to raise over $8,000. Donations for the arch are still  sought and can be made through the Uplift donation page by specifying “Ming Quong arch” in the comments. 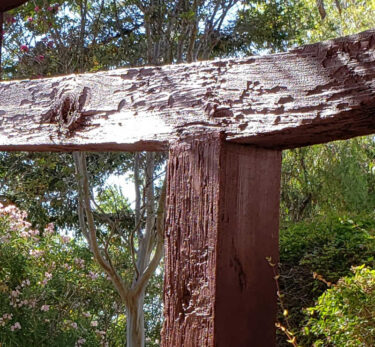 A closeup of the gate and wood damage.

If you were to drive by, it would be easy to miss the gate. The redwood and other trees and bushes cast shadows, softening the outline of the arch while the bright white “Uplift” sign can’t help but distract attention from it. A bench blocks what would have been the gateway – though admittedly, it would be a pleasant spot for enjoying a break and take in the scenery. Reminiscent of a paifang rendered in a craftsman style, its design is low, wide, and welcoming. But even from a distance the damage is clearly visible, the 85+ year old wood is lined with channels from wood destroying pests.

The fundraiser is still active! Please help if you can.

Make donations for the arch on the Uplift donation page by specifying “Ming Quong arch” in the comments.