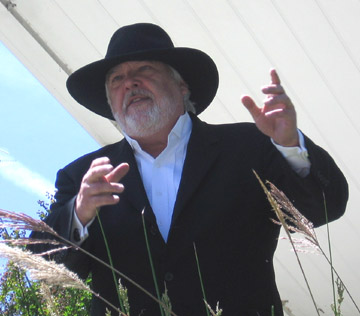 Locals may remember that a few years back, there was a wonderful “Los Gatos History Walk” put on every year or so.  Town residents would don garments from a bygone era and take on the persona of legendary Los Gatos figures for a few hours. Both fun and educational, it provided a sense of the town’s past – both the buildings and the people’s.  It was absolutely wonderful while we had it.

Today, there’s an app for that!  It’s called Discover LOST Gatos and as of this writing, there are 3 different self-guided tours:

The app has been released for Android and iPhone, so you can find it online wherever you get your phone’s apps – just search for “discover LOST Gatos”. It is also available in web format online at losgatos.stqry.app/ no download necessary.

The Mercury News did a nice article on this and will fill in the details on who’s behind this wonderful idea.

As for me, I just downloaded it to my phone and look forward to getting to know our beautiful town a little more!

Sunday afternoon, Jim and I got to the History Walk (2nd annual) a little too late to make the 1:30 tour – they were sold out. But we were in luck. The goodnatured volunteers kept their costumes on a little longer and tacked on a 2pm show for us and a few other stragglers. We were very, very grateful.

I was certain that the performance would be great, and I wasn’t disappointed.

What I did not expect was to have so many “blanks filled in”. There were bits and pieces of history that I knew, but they didn’t all fit together quite right. The docents did a great job of helping me to make sense of these odds and ends.

I had never known, for instance, why there was a resevoir up on the hill near the Jesuit Novitiate. Turns out it had everything to do with making Forbes Mill profitable back in the day. (That resevoir has not been used in awhile and is now being turned into housing. That’s for another post.)

That kind of thing.

It was the most fun I’ve ever had learning history.

I highly recommend this tour to anyone who loves Los Gatos, and I expect to go back again next year.

A wonderful article was done on this event by The Los Gatos Observer. I had planned to share many more photos and a more detailed explanation here, but the LGO did a great job with better photos – so have a look at the review there and enjoy!