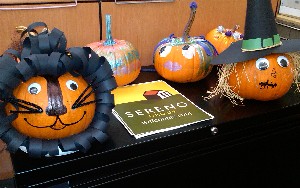 It’s time to decorate some pumpkins! Sereno Group is hosting its 11th annual pumpkin decorating contest and invites kids to transform a small pumpkin into a work of art! This is not a carving contest and there should be no punctures of any kind as these works of art will need to last, and any cuts will cause rotting.

Every child who enters will get a small gift. Voting on the best work of art will take place during office meetings for each of the four age groups, with the winner of each getting a prize.

The age groups for this contest are:

Small pumpkins are being given away at the Sereno Group office locations in Los Gatos (2 locations), Saratoga, Willow Glen, Aptos, Santa Cruz, Los Altos and Palo Alto. Optionally, entrants may bring their own small pumpkin.

The deadline is Wednesday, October 30th, 2019 (voting in the offices will be the next day). Have fun – we cannot wait to see the decorated pumpkins!

Here are the Los Gatos locations, but feel free to use the others listed on the Pumpkin decorating contest poster: 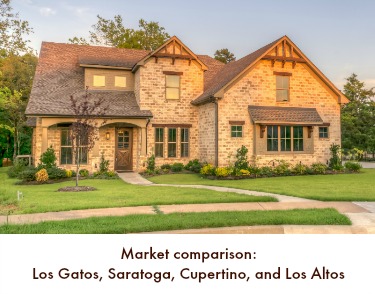 Today we’re looking at the real estate market for houses in some of the “west valley” communities along the base of the Santa Cruz Mountains – areas where schools are good, crime is low, residents enjoy scenic views of the hills (or of the valley from the hills, depending on the location) and overall, a highly educated population not too far from Highway 85.

Please hop on over to my Valley of Heart’s Delight blog to check out how the Los Gatos market is doing as compared to Saratoga, Cupertino, and Los Altos. 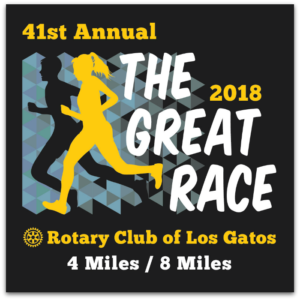 This Sunday, April 29th, will be the 41st “Great Race” between Saratoga and Los Gatos. The scenic four mile run draws thousands of runners who will traverse the scenic highway between these two towns, ending up on North Santa Cruz Avenue in Los Gatos. Runners who can’t get enough are welcome to try the 8 mile version, called the Gr8er Race, and run the route both ways.

The Rotary club offers this fun event each year with the help of a number of sponsors. For many years in a row, Sereno Group, where I work, has been a major sponsor for years. Many other local business back this great fundraiser too. See the list of sponsors, a map of the route, and run information at the Rotory Club link below.

Register for the Great or Gr8er Race at Race Roster:

Online registration closes at noon on Friday, but runners can also register in-person the morning of. Good luck, racers!

The Silicon Valley Open Studios will take place May 7 & 8 from 11am to 5pm in Los Gatos, Monte Sereno, Saratoga and San Jose.  This is the 30th annual “open studios” event in Silicon Valley (and more areas are covered the 2 weekends after this one too). It is a free event and a wonderful opportunity to meet the artists in their studios, see a diversity of art types and purchase some pieces too.

Directories for the event are found at a variety of places, the closest to Los Gatos being University Art, 456 Meridian Ave., San Jose and Triton Museum, 1505 Warburton, Santa Clara, although the website suggests that directories may be found at many libraries as well, so check the Los Gatos and Saratoga public libraries.

When you think of prunes, you probably don’t stop to think about Saratoga’s history. Yet you may well know that Santa Clara County was once the prune capital of the world.  And Santa Clara County’s prune epicenter was Saratoga.

My parents moved around a few times, and their last home, just off Sobey Road in Saratoga, was on 1.5 acres of prune and walnut land.  (I have a vivid recollection of the malathion spraying and trimming needed on all those trees with the medfly invasion.)  We loved the prunes and walnuts but never associated them with anything significant.  However, these orchards, which we all know are shrinking, are a piece of our collective “living history” in the Valley of Heart’s Delight…now known as Silicon Valley. 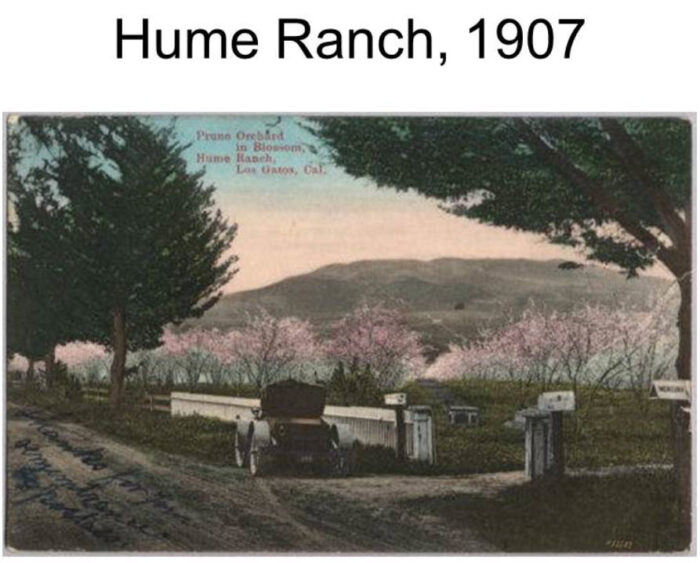 Last Friday, my husband, Jim, enjoyed a flight over much of the south bay area with his brother, John, and our niece, Christine.  I’m the lucky winner who gets loads of fantastic photos to share (with abundant gratitude to John Handy!)! Today I’ll begin with a shot over west Los Gatos.

Here’s a view from the plane that my wonderful brother-in-law shared with me.  Can you tell what you are seeing?

The biggest hint I can offer is to point out that the major road running along the right side is Highway 85, and what is off to the upper right hand side is north.

Can you tell where you’d see these things:

The first 6 I’ve put onto the same image but mapped.  Have a look….

How far does your money go in Los Gatos, whether 95030 or 95032, and how does that compare to our nearby neighbors of Saratoga, Almaden, Cambrian, Campbell, Cupertino or San Jose, generally? Today I am snagging a chart from my Altos Research Reports which give a good sense of what a million dollars (or other amounts) can get for you in these areas. These charts use LIST PRICES, and remember, the sales prices are often different (frequently more!). Let’s have a look.

This is the more central part of town, the area closest to downtown Los Gatos and most of it is “in the schools”. Here a million dollars is unlikely to get you a house at all, though it could be something small that needs a lot of work if not in the downtown area…maybe….

Conversely, although about 1/3 of this area is in the Los Gatos Union School District, most of it is not, and this area is usually (though not always) further out so less expensive for both reasons. Interestingly, the high end prices aren’t so far apart between 95030 and 95032 from this vantage, but the gap widens a lot at the bottom quartile. In 95032 a million will get you a small house, most likely in east Los Gatos (west is a little more expensive, usually) – and it will probably need work. Something to note is that all of the elementary and middle schools in Los Gatos, no matter which school district, are high scoring, high performing institutions. The scores do change at the high school level pretty noticeably. But the improving schools in the further out areas of LG, especially in east Los Gatos, is causing the pricing gap to shrink somewhat.

So in Los Gatos, $1 million is unlikely to get you a house, though it may if it is small and not too close in to downtown (or if you are buying land value).