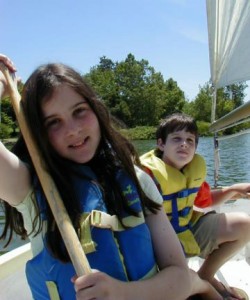 Something is always happening at the big and beautiful, 150 acre Vasona Lake County Parkand adjacent 12 acre Oak Meadow Park (belonging to the Town). These sister parks are connected and share the Los Gatos Creek, meandering trails, the Billy Jones Wildcat Railroad at Oak Meadow. The parks enjoy beautiful scenery, both within the many acres and also looking up at the coastal range that separates this valley from the Monterey Bay and the Pacific Ocean.

It’s a wonderful place for a family or company picnic and is often the site for beginning races, walk-a-thons, and other charitable causes, and it’s also the location for many cultural festivals throughtout the year. Most recently, there was an enormous, two day Iranian/Persian New Year’s Festival called Norouz that drew several thousand people from all over Silicon Valley. The San Jose Mercury News covered it and had a great little video on their website on this event, take a look! As you can see, Vasona and Oak Meadow aren’t just a couple of nice parks, they’re places for the community to gather, enjoy themselves and nature and to do it in a gorgeous spot.

Here are some of the regularly scheduled, annual events at Oak Meadow and Vasona that invite us to enjoy some recreation time there:

And because these are parks, there are great learning opportunities and classes available there too. The Parks and Recreation Department offers sailing lessons – as you can see from the pic, my kids enjoyed these a few years ago (and may teach there this summer too). Paddleboats can be rented in summer as well. A hands-on approach to introducing kids to nature is provided by the extremely popular , which recently enjoyed an expansion at Vasona.

Historically, these parks are interesting too and there are some things you might not know about them. 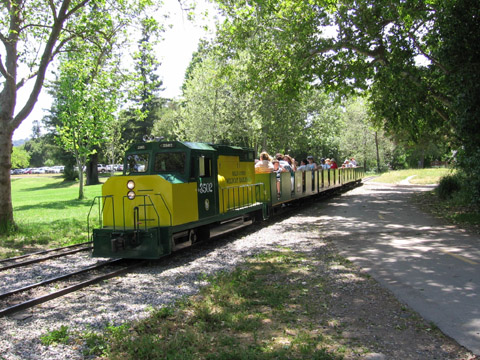 (1) Vasona and the Founding of Los Gatos: The founders of this town were two brothers-in-law, Sebastian Hernandez and Jose Peralta. In 1839, they were near or in present-day Vasona Park, trying to find the right spot to claim when they heard two moutain lions fighting. The sound of the cats alerted them that water had to be nearby (it was – the LG Creek). They found the creek by following the cougar screetches and hence they determined that the location was good. Having heard the puma fighting, Hernandez and Peralta named their land grant La Rinconada de los Gatos, the Corner of the Cats. These gentleman received 6631 acres of land and in exchange, they did not need to pay any money at all. They only needed to agree to live on the land! You can read about the founding of Los Gatos on Wikipedia, which explains that the founders’ first adobe house was located where Vasona Park is today.

(2) How Did Vasona Get Its Name? In 1887, the town was incorporated and a gentleman named Albert August Vollmer (a descendant of the Donner Party) settled on a prune ranch at the Vasona Park location. It was not yet called Vasona, though. When he was able to get the Southern Pacific Railroad to make a flag stop at his ranch so that his daughter, Agnes, could commute to downtown San Jose for work (without having to take a buggy ride to the downtown LG train station to catch a ride), he named it Vasona, after a pony he’d had as a child. And the name stuck. I think it’s a funny irony that the train stop was named Vasona, after a pony, and today (after so many changes), there’s still a train at Vasona (though for fun) and that there’s a carousel full of beautifully painted wooden horses there too. The 57 acre lake is fun for kids on paddleboats or sailboats as well. So what started as probably something of a lark actually comes full circle – named after a childhood attachment, today the park is making childhood attachments of its own.

(3) You’d Probably Rather Not Know This, But… Oak Meadow’s got a bit of a stinky background. Are you aware of what the land was used for before the it became locally known as The Airplane Park by children (on account of the fighter jet, a USAF T-33 Jetthat kids can climb on)? Oak Meadow was actually a sewer farm. No, I’m not kidding. There are fabulous stories in the link about the history, so take a moment to read it!

Vasona and Oak Meadow Parks are a great place to visit year round, whether you are looking to appreciate history, science, nature, music, theater, companionship, scenic beauty, cutural events, or just a quiet place to be alone or alone with your loved ones. See you there!