Where are the haunted places in Los Gatos? 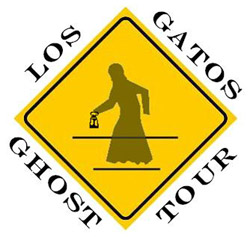 Where are the better known haunted public or business places in Los Gatos? That’s a good question – and the answer is open to some debate! There are a few spots with a long-standing reputation for being haunted around town. Since Halloween is tomorrow, I thought it would be fun to provide a list of articles on this topic here. This is not an endorsement of anyplace, nor a warning. Most of the ghost stories are quite benevolent, and this is “just for fun”. There are haunted residences too, but I’m leaving those out. It would be creepier for the tenants or owners to have people peering in than to have a ghost, at least in most cases.

(1) The old cemetery area is now covered with shops and restaurants but some of them have had odd sightings over the years. If you aren’t familiar with this tidbit of history, it used to run from Highway 9 or Los Gatos-Saratoga Road to about where Bank of the West is located on North Santa Cruz Avenue and from that road back to where the train tracks used to run (now a very long parking lot) and back to Hwy. 9. In fact, North Santa Cruz Avenue north of Highway 9 used to be called Cemetery Lane. Learn more on a 2007 article I wrote on this blog: Haunted Los Gatos: The Old Cemetery rrow, I thought it might be a good time to list a few spots for your enjoyment.

(2) The Oprah House is another locale with spooky sightings, though the ghost(s) there seem to be pretty well intentioned! Get the scoop at this article on Live in Los Gatos from 2007 also. The Haunted Opera House of Los Gatos

(3) Coggeshall Mansion – this lovely old Victorian home has been a restaurant for years (Chart House, Chart’s, Trevise and now Palacio) but before that served as a mortuary and before that, a private residence. When I last wrote about it, it was Trevise (I will update the article at some point). When it was the Chart House, I spoke to several employees about the happenings there and got an earful. Haven’t asked recently, though I will tell you that the food alone is worth the visit, so don’t go only with the hopes of hearing a ghost story from an unsuspecting waiter! Read more: Reincarnation of the Haunted Restaurant

(4) University Avenue School, more recently knows as Old Town – not all of it has a haunted reputation, but the old Borders sure did! I wonder if the new tenants have any experience with moved merchandise? If anyone knows, please fill me in! Details here: More Ghosts in Los Gatos

(5) No list would be complete without mentioning the carousel. If you enjoy ghost tales, you probably already know that a lot of amusement parks are haunted, so having a haunted merry-go-round should come as no surprise! Beautiful B. E. (Bill) Mason Carousel at Oak Meadow Park in Los Gatos: A Beloved, Haunted Spot

(6) Forbes Mill – I thought I had written about the Forbes Mill ghost, but apparently not! In a nutshell, there have been several times when people thought they were alone in the building but heard footsteps or other human like sounds. One gal told me that after she locked up, she looked upstairs only to see someone – who wasn’t there in the flesh – looking back at her. I will dig deeper and write about it in the future.

There are a few other shops here and there with stories, but not super well documented ones. If you have an experience to share, I’d love to know about it!